This is the power of marrying a strong email campaign with an overall strategy. If you can craft synergy between your main marketing message and the emails driving traffic to that message, the sky is the limit.

They needed a winner. Their products hadn’t been selling particularly well for a long time. They were keeping their heads afloat, but while their competitors were pulling in money hand over fist, it wasn’t uncommon for a new campaign to only make 10-15 sales.

They tasked me to build a campaign from scratch, including:

Here’s a sample of one of the emails I wrote for them: 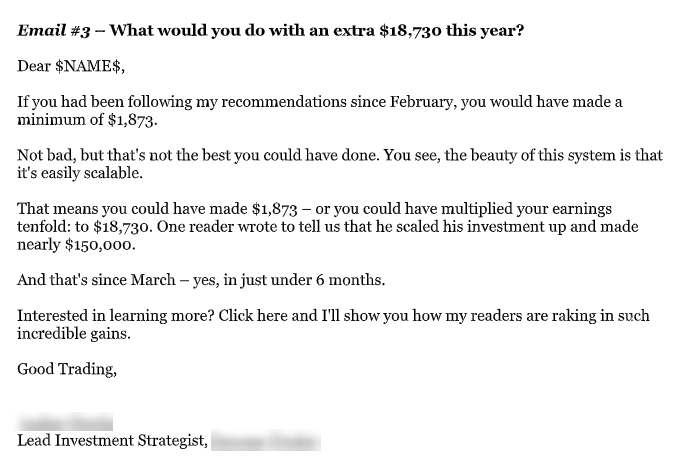 So what happened? This campaign made millions of dollars.

And not only was it pulling in money almost immediately, but because I was on retainer with them, they asked me to whip up some more emails to keep the campaign fresh.

Even though they had nearly a dozen different products, and campaigns going to all of them, my single campaign for them was out-earning them all combined: 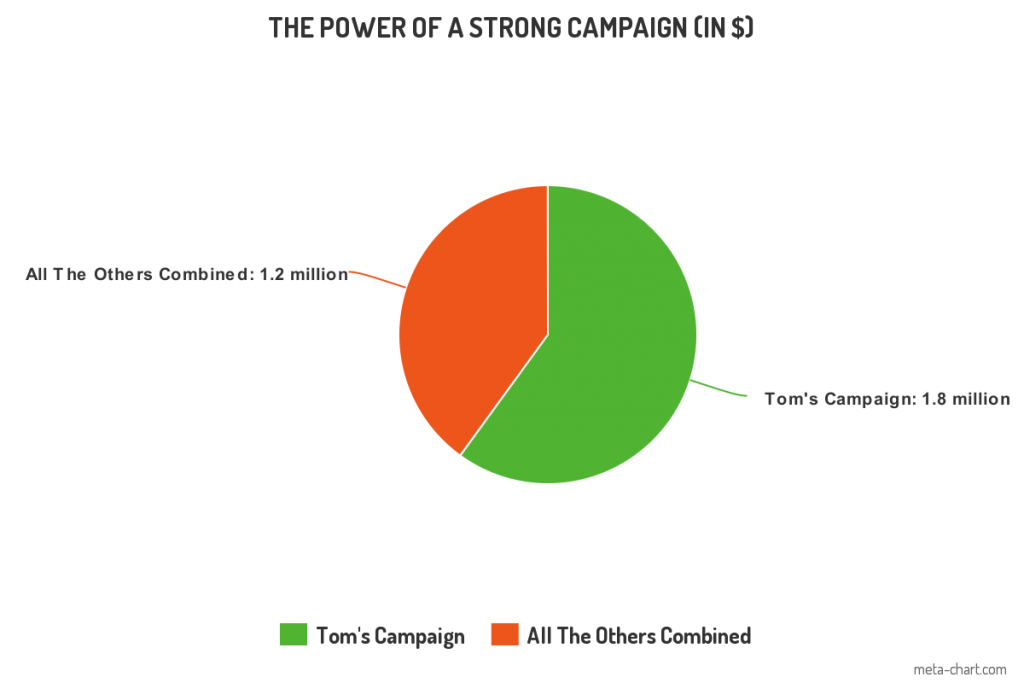 That $1.8 million is net revenue in this case. In an industry where cancellations are the norm, we kept an astonishing number of subscribers.

How? By not only producing compelling copy, but making sure it was true to the client’s brand and backed with research-driven information.

We didn’t mislead anybody. Those who signed up knew what to expect, and I made sure to promise exactly what they were going to get.

To this day, the client hasn’t had a campaign do this well since. That’s what a strong email campaign can do.